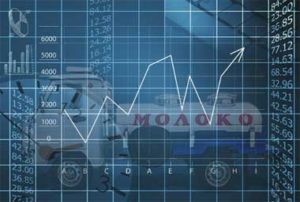 The government of Belarus is demanding to accelerate introduction of market mechanisms for the raw milk trade.

The order for the implementation of a pilot project for the milk exchange trade was given by the First Deputy Prime Minister of Belarus Alexander Turchin on February 13 at the board of the Ministry of Antimonopoly Regulation and Trade, the government press service reports.

“We will get a fair price for raw milk and effective work of two business entities – the seller and the buyer. And this is only the first step. Today we are talking about the development of competition and equal access, including raw materials, ”said Alexander Turchin. “In the first quarter of 2019, the mechanism should work.”

The first vice-premier drew attention to the fact that there are cases when there are “persistent recommendations of the state bodies where raw milk should be purchased.” This does not take into account overdue debts to processing enterprises.

As Ivan Verkhovets, the Deputy Minister of Antimonopoly Regulation and Trade, explained, this is a pilot project of the Ministry of Antimonopoly Regulation and Trade (MART) and the Belarusian Universal Commodity Exchange to trade milk through the exchange trade (raw milk is meant, not the finished product). “We can see that there are still reserves for activating market pricing mechanisms and, first of all, for raw milk. Raw materials (milk) will be purchased only by processors and only from agricultural producers who do not have overdue debts, ”said the deputy minister.

It is assumed that MART will monitor the transactions which are concluded on the commodity exvhange, but not completed. In general, the pilot project should contribute to a more efficient allocation of resources, respectively, an increase in production efficiency, as well as lower prices for consumers.