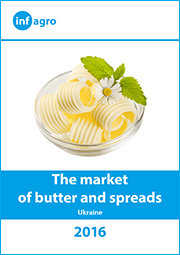 Once Ukraine has produced huge amounts of butter and was considered one of the largest world exporters of this product. Later, production of this product significantly shrank, exports virtually ceased and all sorts of spreads and vegetable-cream mixtures appeared on the market. As a result, in 2009-2013 Ukraine became a net importer of butter.

Deep geopolitical and economic crisis of 2014-2016 forced those in butter and spreads business change their business strategies. After the Russian market of cheese was lost, production of butter in Ukraine significantly increased and the country again became one of the major exporters of butter. At the same time, for various reasons production, consumption and exports of spreads got significantly declined. Thus, before 2014 Ukraine was dependent on the world market of butter as an importer, now it is dependent as an exporter.

Overall, the market of butter and spreads in Ukraine is now on the verge of big changes. There are many new challenges and opportunities, forcing operators to seek effective ways of doing business.

The report proposed by INFAGRO will make much simpler find proper response to these challenges. It will be interesting to management of the companies producers of butter, spreads, vegetable-cream mixtures and substitutes for butterfat. It is also useful to exporters and importers of these products, retail chains operators and analysts of consulting companies.

This report contains 104 figures (charts, graphs, maps), 18 tables and the detailed market analysis, as well as forecasts of further development of the market of butter and spreads. 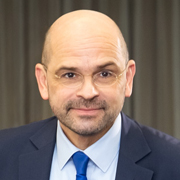