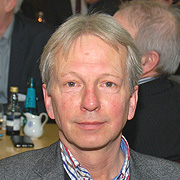 Another year is about to end.  2017 was, all in all, a much better dairy year than 2016, for sure. Product prices increased as did milk prices and, hopefully, the margins of the dairy businesses have improved as well. Having been a visitor to the various trade shows addressing the dairy industry, IDM witnessed considerable relief within the suppliers’ industry investment, put on hold in the dairy industry for the better part of the year 2016, has picked up significantly. Judging from the many conferences that took place this year, workers in the dairy industry even had a little budget available for travel and conference fees again.

But 2017 was not all good. It was, for instance, impossible to sell off SMP stocks piled up by the European Union. Thus, these stocks hang like the sword of Damocles over the heads of dairy farmers and managers. One day, for sure, stock must get out of intervention. What will the market situation then be like? Another quite harmful development was the skyrocketing of milk fat prices. Admittedly, fat utilization has largely been the reason for the improved milk prices almost all over the world. But such developments can only go so far before they damage the development of the dairy sector as a whole. As it is, despite a recent normalization of the milk fat price, industrial bakeries and the like have long since started to search for alternatives. Up until now, they were not too successful as vegetable fats have also increased in price.

Judging the situation at the end of 2017, it stands to reason that products and milk prices have started yet another downturn. Whether this will have consequences as dramatic as they were in 2015/2016 will have to be seen. There are no signs at this stage that the situation will deteriorate rapidly and so a catastrophe may well be avoided this time. But prices will go down.