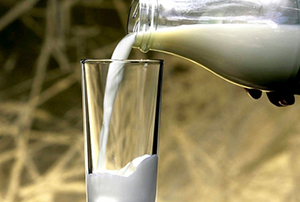 According to the State Service of Statistics of Ukraine for 4 months of the current year milk production in Ukraine amounted to 2.8 million tons, which is 1.1% less than in the same period of 2017. – INFAGRO

The dynamics of changes in categories of producers is opposite, but symmetrical: production in farms has grown by 3.2%, production in rural households has declined by 3.1%. But, due to different shares of the categories in production volume, overall figure shows a decrease, which, of course, does not reflect real situation in processing, i.e. in the whole industry.

In the first half of May, the milk purchased from agricultural producers (dairy farms) was estimated in the range of 7.80-9.00 UAH/kg including VAT, the milk produced by population was traded at UAH 3.70-5.00/kg excluding VAT.