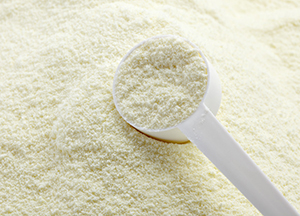 It seems that this year Ukraine will show the record high (since 2000s) production and exports of casein.

Even when importers’ prices were low, the production volumes were very impressive. Now the price of casein is increasing and this will encourage enterprises to further keep the high production level.

Against the background of positive changes on the world dairy market, the European traders agree to a gradual price increase for Ukrainian casein. In July it has been traded at 4200-4500 USD/t, and it looks like the product price will go up further. Now the fair price would be the one not lower than 4500 USD/t.

As it was already mentioned, Ukrainian producers of casein has been very active in recent months. Last month they managed to export more than a thousand tons of the product.

The supply of casein in Ukraine will stay significantly big till end summer. But in case importers refuse to increase the price, it will be redirected for production of SMP which has become noticeably more expensive.