During recent negotiations with Kazakhstan in the framework of a multilateral group on its accession to the World Trade Organization (WTO), Ukraine and Kazakhstan reached an agreement on the renewal of imports of Ukrainian dairy products to the Kazakhstan market, according to Interfax-Ukraine with a reference to the Prime Minister Arseny Yatsenyuk. 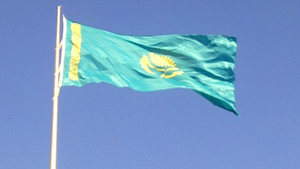 “We have jumped in the last car, literally,” Mr Yatsenyuk commented on the results of the negotiations at an extended meeting of the Ministry of Economic Development, expressing his gratitude to a trade representative of Ukraine, the Dputy Minister Natalia Mikolskaya.

Arseny Yatsenyuk noted that according to a protocol, signed in the framework of multilateral negotiations with Kazakhstan, if Astana changed its trade regime against Ukrainian goods, Kiev would have the right to a symmetric response.

The Prime Minister also sharply criticized the two previous governments (probably talking about the governments, headed by Yulia Timoshenko and Nikolay Azarov) for not entering into bilateral negotiations with Russia and Kazakhstan in the framework of the accession of these countries to the WTO to protect Ukrainian interests. “This was a deliberate policy,” stressed Arseny Yatsenyuk.