Ukrainian producers of milk powder were optimistic still recently. They believed that the prices would grow soon. Now they are disappointed. 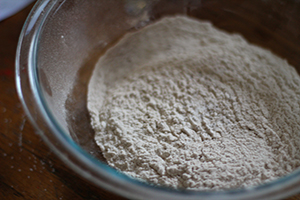 Price for milk powder in Europe fell straight away after announcement of the ban, though the EU sold mainly cheeses to Russia.

It means that Ukrainian exporters will not be able to sell the products at former prices, not to mention their growth.

It seems that domestic operators still do not realize gravity of the situation, and it may happen that traders will reduce the demand prices at once by USD 500 very soon. In such situation even the next essential devaluation of the UAH will not prevent a decline of even internal price.

The situation did not change considerably on the market of WMP. In most cases the product was produced under the order.

Still for some time sellers of milk powder will demand from importers at least the former price, not receiving it they will either refuse an export completely, or agree on essential reduction of price. It may be that very soon the western traders will value Ukrainian SMP at not higher than USD 2500/t. Demand for WMP will be limited by CIS countries, as before. Sales will be scanty and prices of such contracts will not be considered as a trend.

Ukraine exported 5.5 ths tonnes of SMP in July, which was by 2.5 times more, than a year ago. The geography of deliveries was wide. A few large sellers were observed. Export still will be high in August due to shipments under old contracts. Stagnation in trade may occur in September.