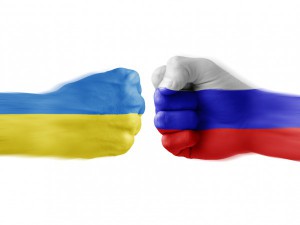 “Starting from January 1, 2016 Ukraine will come under economic measures in response to its joining of the anti-Russian sanctions of the European Union and the United States,” Medvedev said at a meeting with his deputies outside Moscow, according to Interfax.

Medvedev explained that measures against the import of agricultural goods, raw materials and foods had been imposed against Iceland, Norway, Lichtenstein, Montenegro and Albania in August, and Ukraine would be put on the same list should Kiev apply the economic part of its association agreement with the EU.

“We’ve repeatedly said to Ukraine’s authorities that implementation of the economic part of the association with the EU affects our interests and creates risk of economic instability for our country,” TASS quoted Medvedev as saying.

Last week, Russian President Vladimir Putin signed a decree to suspend Moscow’s 2011 free trade treaty with Ukraine, starting from January 1, 2016. Currently, trade between Russia and Ukraine is conducted in accordance with the free trade agreement between CIS countries. A free trade deal between Ukraine and the European Union is set to enter into force from January 1 when the economic part of Kiev’s association agreement with the EU comes into force.

RIA Novosti recalled that on 1 December Russia, the European Commission and Ukraine failed to reach an agreement on the EU-Ukraine free trade deal. Moscow said back then that unless an agreement was reached by the end of 2015, Russia was likely to ban food imports from Ukraine starting January.