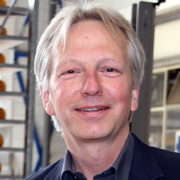 According to the IFCN, the world milk price has increased by about 50 percent  in the four months since May to an average of 33.7 US cent per kilogram. But dairy farmers all over the globe seem not to have taken notice of this development. Instead, at least in good old Europe, a great many of them still have not got anything else than to complain about.

Well, life is unjust. Farmers among others in the dairy chain have long since been subjected to the freak movements of the world market. Producing or processing milk, to say nothing about selling & marketing dairy products, has become an eternal ride on a roller coaster. And there seems to be no way out of that circle; those who really want to leave (or must leave) have but one choice: give up milking. And a number of dairy farms were unable to resist the recent milk market crisis. Is this a tragedy? If one looks at individual fate, it is. But if one looks at the milk sector by and large, it surely isn’t. Everything is circling around economy and change has always been a normal situation, although many of us have forgotten this fact.

Now, who is actually causing a market crisis? It is safe to assume that neither the dairy processors nor the retailers can be blamed. It is the farmers themselves who cannot adapt quickly enough to changes in the market. And as long as they are unable to react an adequate time span, nothing will change. The increasing milk prices that we see today is lust laying the foundations for the next market crisis.