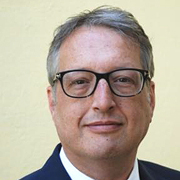 In about four weeks’ time, the EU intervention program for Skimmed Milk Powder will end and it is doubtful the public intervention period will be extended as farm gate prices for June 2017, as reported by LTO, were in average € 33,69/100 kgs compared to € 25,14/1000 kgs in the same month last year. An increase of 34%. There is no immediate need for further support to the farmers.

With farm gate prices still moving up even further along with very comfortable returns to processors, it is hard to see any solid reasons to continue the program.
However, with Butter prices are as high as they are, there are reasons one could think of for the EU to start selling the PI stocks and starting clearing the way for an overall recovery.

Currently the market price for Butter is between €6.700-€7.000/mt with an outlook to go up further. The August guaranteed milk price of Friesland Campina is € 38,50/100 kgs of Milk.
Obviously, intervention sales would put pressure on SMP pricing but the question is if that would be a problem. The answer to that is no, it is not.

Apart from the advantage that intervention stocks would be brought down and eventually disappear, further benefits would be a very likely hike in EU exports for SMP and that low SMP prices will draw in domestic industries like the Calf Milk Replacer industry, which will potentially lift domestic consumption by 15 to 20%.

This in turn would probably have a negative impact on SWP pricing but with Cheese at € 3.650/mt, SWP could go down to € 400/mt and still the combination would yield a € 46/100 kgs milk return.

The question is if the EU does not sell now, then when?

In the past two weeks processors have not sold anything to public intervention. This may hint towards either a lower production, but statistics do not seem to point to that, or higher export sales. The latter is a possibility but if we look at EU pricing ( and the unattractive €-US$ parity for EU exporters) compared to the USA and Oceania one would think EU has been too uncompetitive to sustain the record-breaking export figures of May and June.
Overall it seems a good time to sell but there is another difficulty:

The PI SMP is getting older and older. The current stocks are aged as follows:

One of the regulations of SMP sales to public intervention state that there may be no expiry date on the bags. However, in EU regulation 1169/2011 there is a stipulation that all product intended for human consumption must bear an expiry date on its packing.

There is an interesting question to be put to the EU commission!

How can processors in the food industry buy SMP from intervention with unknown expiry dates while at the same time they are obliged under regulation 1169/2011 to put an expiry date on their packaging?

The problem for the EU may be even bigger than just the sheer quantity in stock. It may very well be so that under its own regulation 1169/2011 the EU commission will be forced to sell the lion’s share of its SMP stocks to the feed industry unless the EU is prepared as a seller of the product to guarantee to the buyers the safe use in food products.

In our weekly Dairy Market Reports, we will follow up on this matter as and when new developments emerge.