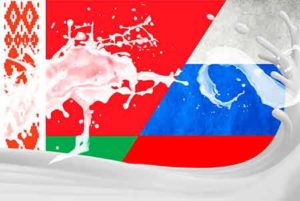 The President of Belarus Alexander Lukashenko said that the Belarusian government should clarify the situation with restrictions on supply of Belarusian products to Russia and report back the next week.

Earlier, Rosselkhoznadzor has repeatedly introduced and then removed restrictions on supply of Belarusian products from a number of enterprises to Russian Federation. Now restrictions are introduced to certain businesses. In addition, Rosselkhoznadzor criticizes Belarusian side for insufficient, in its opinion, measures to prevent re-export of food into Russian Federation, which falls under the embargo in Russia.

“We must take action. Well, all the time: we are stroken on the left cheek – we turn the right one. Do sort out the situation and report next week,” – BELTA news agency quoted Lukashenko. According to the report, on Thursday, at a meeting with the government’s economic bloc President Lukashenko noted that among the reports on the topics submitted to the meeting, he would also like to hear the government’s point of view on this basic issues related to work in the Russian sector.

On Wednesday, April 10, the Rosselkhoznadzor announced that since April 12, temporary restrictions would be imposed on supply of apples and pears from Belarus to Russia. Rosselkhoznadzor explained this decision saying that Belarus continues to supply fruit and vegetable products with an unidentified phytosanitary status and falsified phytosanitary certificates. According to BELTA, Lukashenko described the situation as “closing the market” for Belarusian goods. “That one enterprise was closed (from the point of view of deliveries to Russia – ed.), then another one. Then either carrot, or salad, or cucumbers does not fit their likes. Or they suspect that we are delivering something not from the right place. And every day there is a closure of our enterprises. The Russian market is being closed to us,” – said the Belarusian leader.