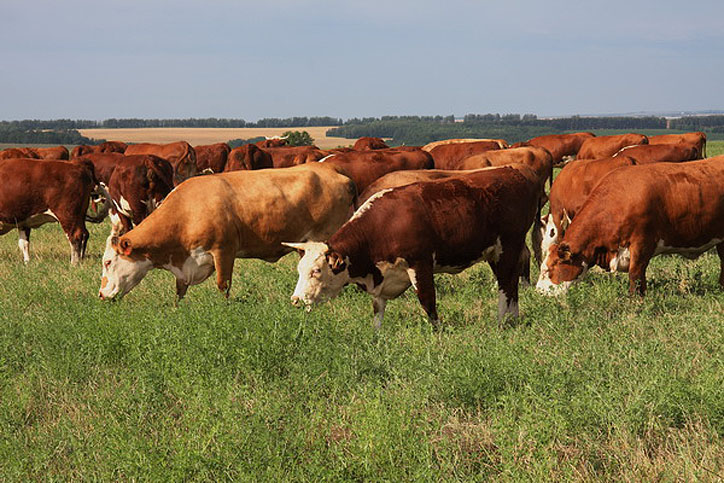 Anatoly Yurkevich, owner of the dairy producer Milkiland in Ukraine, lost about half of his export market in August 2014 when Russia banned Ukrainian food imports. Most of Anatoly’s processing plants are located at the Russian border near Russian consumers. Threatened by these developments, Milkiland had to look for other market opportunities. But where? And who could help? After the Russian trade ban, the Ukrainian market for milk products broke down, hitting poor people in rural areas most. About three-quarters of the raw milk comes from smallholders and village households with a few cows each.

Although Ukrainian companies like Milkiland and international investors like Danone and Lactalis had implemented the highest levels of food safety standards, the government lagged behind with food inspection reforms and implementation of strict rules on producer liability, traceability, and process-oriented risk assessments.

Yet, despite the crisis caused by the loss of the Russian market, Ukraine embarked on one of the most remarkable market access success stories in recent times. Instead of collapsing, Ukraine’s agriculture and food industries—including poultry meat, dairy products, cereals, and oilseeds—are growing again (Figure 1), despite a strong decline in global commodity prices. Today, the sectors contribute 20 percent to GDP and have 40 percent of export revenues. 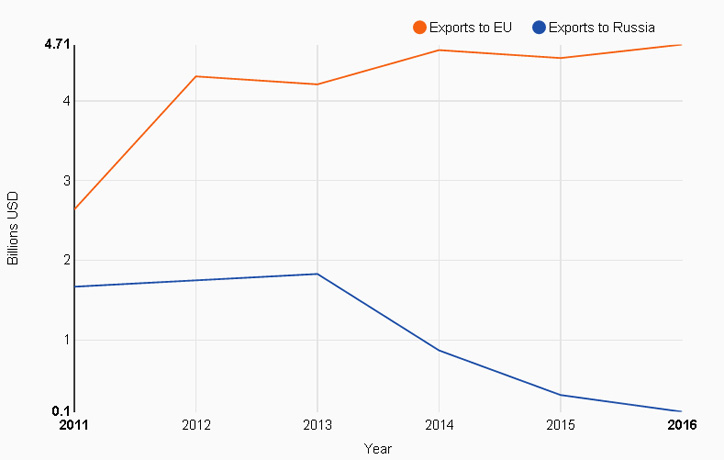 How was this turnaround possible? In June 2014, Ukraine signed the Association Agreement with the European Union enacted in January 2015, which would substantially lower trade barriers for Ukrainian exports. However, accessing the EU market was both difficult and risky as it was unclear if Ukraine would be able to meet the requirements before the whole sector would collapse. The following key reforms made it possible for Ukraine to not just maintain but to expand its position as a leading exporter of agri-food products in the world: