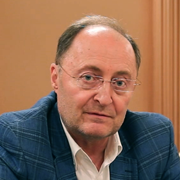 In Ukraine there are large farms, such as the Ukrainian Dairy Company, which produces 100 tons of milk/day. But in our country, basically, there are operating the dairy farms, which produce 25-30 tons of milk. It seems to me that for the development of dairy co-operation in Ukraine, it would be good first to unite just such farms. Because the singled out processing of small volumes like 30-40-50 tons of milk is, in general, a strange format for a dairy co-operative. If we are talking about a couple of dairy farms supplying raw materials for a dairy, such co-operation can be determined simply by a long-term contract, which includes mutual obligations of the parties and strict, unconditional rules for their implementation.

The issue of creating co-operatives – I mean co-operative enterprises comprising milk producers and processing enterprises – has been discussed for a long time. Practical steps are being taken in this direction, although, so far, the matter is hampered by the imperfection of legislation, which should ultimately be brought to such kind of regulations that would be corresponding to current dairy industry situation and business needs. The schemes of co-operation that I have heard about rather resemble a tolling manufacturing, when dairy products are produced under certain brands. At the same time, questions remain. Who owns the finished product? Does it belong to the supplier of raw milk? Or does it belong to the processor? In any case, the Ternopil dairy plant which has announced about their business partnership with two dairy farms belonging to AVM as a co-operative is in the win: it managed to get a guaranteed daily milk intake of 40 tons. The producers of milk taking part in this scheme of co-operation, apparently have also got a certain benefit. These are the first steps. They are important.

Now the situation in our dairy processing is as follows: three major players in the cheese market are in default, namely Milkiland, Almira and Terra Food. They bear big financial obligations and the time will come when the assets of these companies get open to be purchased. These assets will go either to banks, or perhaps to new players in the dairy market.

In this situation, 5-6 large dairy farms could buy the assets of one of the enterprises belonging to the mentioned companies for very little money, say, 3-4 million dollars,   and become its owner. This will be a real co-operative.

But the question arises: what will be philosophy and corporate culture of such a co-operative? It should be shared by both milk producers and management of the processing enterprise belonging to this co-operative. This is the most important condition for successful development. Managing a dairy processing plant is far not the same, as, say, to provide dairy farming consulting services or provide veterinary drugs. Therefore, the issue of skilled personnel for the management of such dairy co-operative is highly important. There have been two major universities in Ukraine, providing dairy technology education: in Kyiv and Odesa. Anually, 120 dairy technologies were graduated. Now, probably, the figure is less. But atb the same time, there are no so many dairies as before. Now we have more than 200 dairy enterprises, which report on their economic activities. 20 of them process 70-80% of milk that comes into processing. But the question is not even the number of technologists. The inevitable technological modernization of our plants, so neglected by many enterprises in recent years, will require other quality personnel. In my opinion, it is necessary to create a separate organization for their education.

Let us turn to co-operatives again. Milk processing can be organized not necessarily by co-operation of several producers and a dairy. There are some companies that produce large amounts of milk, for example, Astarta provides 100-120 thousand tons per year. Such an enterprise can independently create its own processing. There are not many such big companies, but still there are some.

The main problem, as I have already said: business philosophy and attitude to people. It is necessary to invest in people, provide their training and motivate them. And do not treat them like slaves. Then this will be a normal business.

I could give many examples of our dairies owners’ different attitudes to development of their enterprises. I think, for example, that the short-sighted strategy of excessive diversification of production and dispersion of funding to be present in all dairy segments simultaneously is a bad practice. This was the way taken by one well-known cheese-making enterprise, which produced 5000 tons of cheese and cheese product (160 thousand tons of all-Ukrainian production), 500 tons of butter (100,000 tons in the country), 12,000 tons of fresh milk products, and also some volume of dry whey. Such a strategy proved to be completely disastrous, and failed despite millions of investments. As a result, the best way out for this enterprise would now be its sale, for example, to powerful milk producers, who would form a real co-operative on its basis.

Now the situation on the dairy market shoes that there are not so many buyers for dairy plants that barely keep afloat processing only 15 to 30 tons of milk. It does not matter what sort of buyers we speak about – producers of milk or third-party investors. After all, we have a shortage of raw milk in the country, and dairy industry has been doing not so well. Now our dairies milk intake provided by industrial dairy farms is about 2.7-2.8 million tons. We need to raise it to about 6 million tons, so that the multinational companies present in our market can fully load their capacities, as well as ours – Loostdorf, Galychyna, Ternopil Dairy and others. Then the industry will begin to revive, and investors will become interested in dairy.

In my opinion, regardless of the way the dairies will develop – be it joining a dairy co-operative or acquiring it by a new owner – it should not be managed according to the scheme “to squeeze everything out of the enterprise and don’t care about the consequences”. A dairy plant’s management should be directed by thoughtful assessment of the dairy’s development prospects, growth of capitalization and, of course, transparent ways of doing business. Years ago I was lucky to work at the Galakton Dairy. For four years of my work there the plant’s owners did take the profit out of operations, but were giving management the opportunity to constantly reinvest it. And as a result, in these 4 years capitalization has grown 40 times. Therefore, I am sure that a purposeful work on the development of an enterprise can be beneficial not only to the enterprise itself, but also to its owners. With a different approach, the results are lamentable. We are now observing them in cases of several companies in the industry.

In conclusion, I would like to note that I consider co-operation of milk producers and dairies to be promising. The most important condition for the successful development of dairy co-operatives is keeping the same business philosophy and  corporate culture by all the participants.