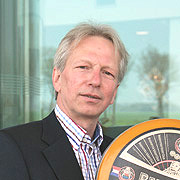 Some market analysts think that the milk market has already reached the bottom of the current downturn in the milk cycle.

This loop of milk delivery amounts and prices seems to take about 3 to 3.5 years from top to down and vice versa, as much as can be deduced from the price curves seen since 2007 when the first extra-strong volatility has established itself.

Analysts point out that volatility has always been a characteristic of the milk market but the normal fluctuations seen before were in the range of +/- 20% over a 12-week period, whereas after 2007 these fluctuations have grown to +/-50% over three month periods.

Reffering to Europe, the forecast additional 2 million tons of milk for 2016 have already been delivered, and with the exception of a few areas, milk supply is on the decrease as prices finally won’t cover marginal costs of milk production anymore. Said exceptions are mainly Ireland and The Netherlands. While Ireland is in a special position given the low costs of milk production, Dutch farmers must secure appropriate delivery rights in the current run-up to the phosphorus quota the government will put in place.

50% of this year additional 2 mn t of milk will be consumed in the EU. Even though growth rates of milk consumption in Europe are low compared to other parts of the world, the market has a size of 500 million consumers. Low percentage growth rates produce still quite reasonable quantities in absolute terms. The other 50% of additional milk supply will be exported out of the EU. Low crude oil proces have cut the budgets of the oil exporting nations but have, on the other hand, released spending power in areas that are importers of oil.

According to market analysts cheese prices will soon start to increase as milk processors feel less pressure from milk supply and will be finally able to select what and when to produce. As much as milk prices have given in over the past 1.5 years, the situation is not all dire straits and now very likely to improve.