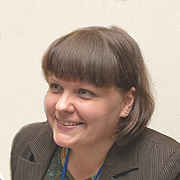 During last time the global dairy market has not shown much signs of recovery. Moreover, for many goods prices rolled back.

In fact, there are not so many reasons for the price decline. In Europe there are large interventional stocks of milk powder, but this factor can rather be considered only as psychological, because the attempts of the European Commission to launch the interventions were not success. The stocks of butter and cheese cannot be considered as huge, because foreign trade was fairly active.

Moreover, production in the region has reduced. According to recent data, milk yield in November was 3.6% lower than a year earlier, which affected the growth of supply for processing: in the eleven months it fell to + 0.7% vs. + 1.2% in January-October. Accordingly, the rate of processing growth also continued to decline. Analysts believe this trend is unlikely to change in the coming months.

The latest official data show a noticeable decrease in milk production in Oceania. For example, in Australia from July (the beginning of the season) till December milk production fell by 8.5%, while in New Zealand during the period June-November it reduced to 3%. However, recently the situation somewhat improved and the rate of decline is slowing.

At the same time there is some increase in milk production in the United States – annual data showed the increase of 1.9% to 96.4 million tons, and it is expected that this trend will to continue. But the country will be capable to compensate for the reduction in supply in other regions only partly because domestic consumption is also growing here.

At the same time there is more interest in imports increase, but the pace of the increase is not that big. For example, China, one of the major players in the market, in 2016 enlarged purchases of dairy products compared with the crisis 2015, but in relation to a more successful 2014, if we consider main commodity groups, the volume of purchases was increased only in cheese and whey and quite slightly in butter.