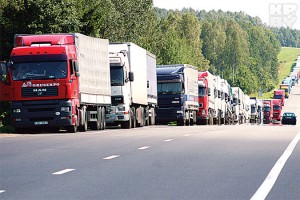 At Kazakhstan National Chamber of Entrepreneurs with participation of the Russian Representative Office of FCS in Kazakhstan there were discussed the changes, introduced by the RF Presidential Decree on transit of imported goods from Ukraine to Kazakhstan – Atameken.

As it was previously reported, on 1st of July this year the President of the Russian Federation signed a Decree, amending the Decree #1 dated by 1st of January this year, which determines a special procedure for the import of goods from Ukraine to Kazakhstan via Russia.

For the purpose of clarification and clear understanding of the categories of goods included in the list of prohibited imports through Russian territory, on 4th of July this year it was held a working meeting of the Deputy Chairman of NCE RK “Atameken” Dana Zhunusova and representatives of the Russian Representative Office of FCS in Kazakhstan.

It should be noted that according to the explanations of the Russian Representative Office of FCS, the effect of a temporary ban applies to the Ukrainian goods, and transportation from third countries which go in transit through the territory of Ukraine to Kazakhstan.

In this regard, in relation to the importation of goods that originate from third countries through the territory of Ukraine (Turkey, some European Union countries) the same ban is applied during the import of goods in respect of which the Russian Federation applies the rates of import customs duties, non-zero (above 0% in ETT EAEC), as well as goods on the “sanctioned” list.

“Atameken” informs that the procedure of getting special permission from the Russian goverment for transit delivery of certain goods to Kazakhstan, still to be defined after the Government of Kazakhstan submits the request for the permission.