GLOBAL – Low dairy prices are set to be prolonged in the absence of a Chinese white knight and a likelihood of strong milk production into next year, says Rabobank. 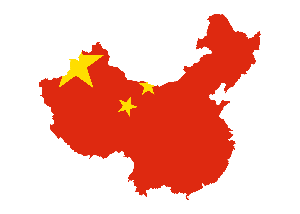 China reigniting demand is ‘increasingly unlikely’ any time soon following the end of a ‘buying spree’ and signs of its farmers cranking up production.

The drop in imports could reach 75 per cent year on year for the second half, Rabobank predicts. A mild summer, decreasing foot and mouth disease and farm investment coming to fruition are supporting China’s production lift, said analysts. In its quarterly dairy analysis, Rabobank also highlighted Russia’s trade sanctions as pressuring the market further after it had “more or less bottomed by mid-August”.

Consequently, export supply is expected to ‘lose steam’ over the coming twelve months. But Rabobank said: “Delays in international price signals reaching the farmgate, falling feed costs and the imminent removal of EU quotas will ensure that the brakes are applied too slowly to avoid a further increase in export surpluses over the same period.”

Rabobank added that of the six major producing regions only Argentina, hit by extreme rains, had suffered May to July supply contraction. Australian production was up six per cent, Brazil up around 13 per cent and global output was over four per cent higher overall. Furthermore, Rabobank said there was little opportunity of dairy trade elsewhere, with Venezuelan demand ‘a shadow’ of what it was and weaker currency plaguing many other countries.

However, Rabobank caveated that, while not anticipated, Russia’s early removal of trade blocks would be a ‘short-term boost’. Likewise, an upturn in Chinese demand would also be welcome if Chinese milk production has been overestimated.