And it’s not the first time ever for Russian government to sacrifice interests of the people, especially as two third citizens support the initiatives of country leaders, despite that the shop shelves are cleaned out, prices are grown, which will accelerate an inflation in the near future, and absence of healthy competition generates decrease of quality of the products. 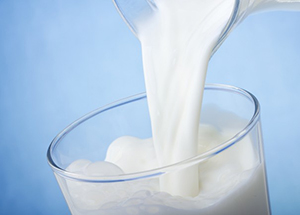 There is only a hope that Russian producers will be able to take an advantage of the situation and increase the production.

For increase of processing it is necessary to increase production of milk. That was rather problematic for Russian farmers recently. Even if they get good support, recovery of dairy farming of the country will take many years.

For now the officials hope that Latin America will replace Europe on the market. But will it be possible to do that? It is hardly possible to change for few days the flows of goods which were worked for years. If these countries sacrifice theirs traditional markets for sake of Russia, they will do that only for serious motivation. That is, they will essentially increase the prices. But even in that case it will not be possible to replace European products especially in assortment.

Belarus, declaring possibility of 15-40% increased deliveries to Russia, has no resources for that, as production of milk does not grow in the country. It can only increase production of cheese, redirecting milk from production of other products (milk powder, butter).