The current Russian embargo on countries in the EU and other nations has been discussed thoroughly in the industry as it has been placing downward pressure on global wholesale prices. 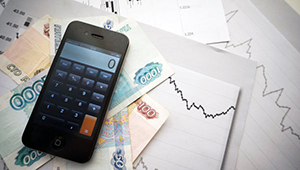 However, as the banned countries accounted for approximately 60% and 30% of Russian cheese and butter imports respectively the ban was always going to have a significant impact on Russia itself. But how has the ban been affecting the Russian market?

Dairy consumer prices in Russia are on the rise resulting in consumers looking for cheaper alternatives or causing them to stop buying dairy products altogether. The Russian Agriculture Ministry expects the price paid for milk to increase by 30% compared to the year before. As well as this, prices for cheese and other dairy products are expected to increase by between 18% and 20%.

The embargo could have presented an opportunity for the Russian dairy industry to replace some of the banned products. However the falling Rouble, a result of the embargo, the fall in the global oil price and an increase in interest rates (up to 17%) has meant investment plans have been re-evaluated. Therefore, Russia is struggling to increase production enough to satisfy domestic demand. The country is also limited on its alternative import options meaning it could be a while before retail prices begin to reduce.