New year brought new fears for Ukrainian milk operators. Unlike last years, now there is no understanding of how the market will develop, what products are better to produce this season. 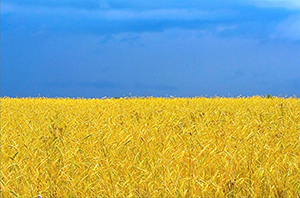 After all, an alternative to Russian cheese market is not found, milk powder will probably be very cheap. It is possible to increase production of casein, the same as it was in the 90th, but there are no markets for expected surpluses of butter.

Hopes of operators for renewal of dairy deliveries to Russia are becoming weaker. Majority of them believe that will not happen in the first half of the year. Big problems have occurred even with deliveries of dairy products to Crimea since the beginning of the year.

Nevertheless, participants of the market will try to find different ways out of crisis. Some of them will try to work more actively on domestic market at the expense of low margin. Others will try to reduce farmgate milk price and set export of cheap milk powder and butter. Others will look for grey schemes of deliveries even to Russia.

Now milk production is seasonally low, therefore processors do not worry so strongly. It will be more difficult in few months when milk deliveries will increase by a third. Problems in foreign trade in 2015 will be much more acute than in 2014.

Hopes for promised by the government deliveries to China are weak, the process is too protracted. Ukrainian exporters will not be able to sell big volumes to Europe, even if they obtain permissions. In view of the abolition of the EU milk quota the production will increase and milk prices have fallen. Ukrainian products will be non-competitive in the EU, even despite weakened UAH.

Despite many problems, number of Ukrainian milk producers report about significant improvement of figures in 2014. But it is doubtful whether they will develop dairy farming further in conditions of total absence of state support and prospective decrease of milk prices.