There are many unsolved problems in milk production and processing, in prospects of foreign trade. 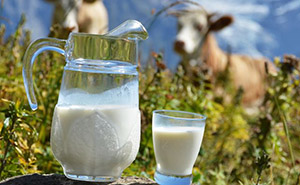 Innovations of Ukrainian legislators obviously hamper the development of the branch. It turns out now the Ministry of Finance unable to administer the VAT in agrarian sector. So the law is present, but officials do not know what to do with it.

One of these days the eternal subject – the fixed minimal milk prices – emerged again. Last year, on the eve of local elections the bill, according to which processors must pay UAH 4/kg for milk of second grade from households, was adopted in the first reading. Recently the profile committee approved the bill and recommended to parliament to accept it in the second reading. Such price regulation in

Such price regulation in dairy branch is complete idiocy. There is a hope that deputies will not vote for it, after all the next elections are not planned soon – the populism is unnecessary.

This law also looks inappropriate because according to the existing legislation it will be forbidden to buy milk from households starting from January 2017 (if, of course, the deputies do not prolong again the coming into effect of the law adopted by them before).