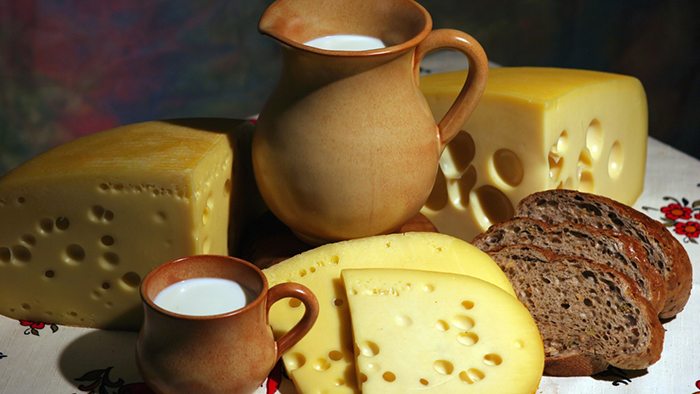 The market of cheeses remains rather balanced in Russia. Decrease of consumer activity is compensated by reduction of production.

It becomes unprofitably to produce big volumes of traditional cheeses. Producers try to make either elite products for the solvent buyer, or cheap cheese product for the average Russian.

Therefore the prices are formed respectively: they are stable for traditional cheeses of Russian or Belarusian origin in large wholesale – RUB 210-240/kg, they are slightly increased for brand products – RUB 250-290/kg. Elite cheeses are valued from RUB 300/kg in wholesale in Russia.

Closing of “lactose-free loophole” reduced import of cheeses in June, but operators all the same managed to import big volumes at the beginning of the month: in the total volume of import last month (1900 t) about 600-800 t entered the market as “lactose-free products”. Cost of that European cheese starts from RUB 300/kg in Russia.