Prime news in the dairy market of Russia is the discussions concerning the draft regulation on Modification of Rules for granting subsidies from federal budget to the regional budgets. 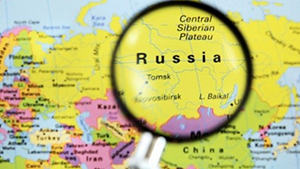 This regulation is directed to facilitate access to the state support for milk producers to withstand the embargo on food and milk deficiency. The Ministry of Agriculture suggests the agricultural producer «not to reduce the volume of milk production and number of cows or goats. Those producers who gain average yields above 7000 kg, can decrease them by not more than 5%. Other criteria which are in force now: fat and protein content, annual calf crop, yields per cows, etc ., will be abolished.

It is interesting that both dairy unions of Russia which always have different points of view this time agreed on the matter.

National Dairy Producers Union Souzmoloko: ‘the changes offered by the Ministry of Agriculture will lead not to the increase of farms efficiency, as the authors of the bill declare, but to falsification of data on the livestock and production’.

Russian Union of Dairy Enterprises: ‘subsidies per 1 kg of produced milk should be granted to the effective farms providing milk of high quality. Thus, there will be no “dissipation” of money between all producers’.

The regulation is to be entered into force from January 2017, but after the dairy unions interferance the adoption of the document is doubtful.