In their latest Quarterly report Rabobank stated the rally in international dairy prices in Q1 was reversed in Q2, with prices falling 20%-30% in the period to mid June. 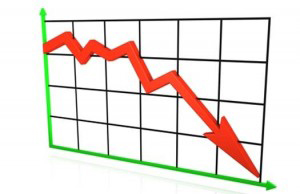 In their latest Quarterly report Rabobank stated the rally in international dairy prices in Q1 was reversed in Q2, with prices falling 20%-30% in the period to mid June.

After falling marginally in Q1, milk production in key export regions rose above previous years in April again as rain came to New Zealand and EU quotas were removed.

While China has reduced its purchasing and Russia is out of the market, buyers from South East Asia, Middle East and Mexico stepped up their imports, which helped to keep stock moving.

Rabobank are now expecting dairy product prices to enter a recovery phase in late 2015 or early 2016, after a period of slow production growth coincides with the stabilisation of Chinese imports and improved consumer demand created by a period of lower retail pricing and ongoing income growth.

The price recovery will initially be dampened by the need to work through excess stock, before it gains momentum in Q2 2016.

During the first half of this year much of the growth in US production was consumed locally, while most other surplus regions saw their production rising faster than local demand growth, leaving them competing in export markets.

The impact of this saw farm gate milk price vary considerably, US prices were 57% higher than NZ prices while the price of milk in the Netherlands remained 39% above the NZ price.

The exportable surplus of the seven major exporters in expected to increase by 1.6% from the previous year, which will keep pressure on prices.