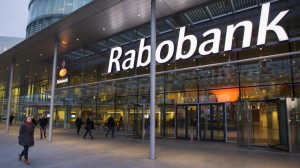 Higher farmgate prices and more favourable weather conditions are providing much-needed relief for the world’s dairy farmers after a three-year decline in milk values. Farmgate prices in the US continue to track well above the prices in Europe and Oceania, spurred on by local demand and, thanks to a slightly weaker US dollar, firmer export trade. According to Kevin Bellamy, Rabobank Global Dairy Head: “We expect, given continuing good margins over feed, that milk production in the US will continue to grow and that, after a slight stumble in Q1 2017, US consumption of butter and cheese will also continue to drive solid domestic demand growth.”

Average farmgate prices in Europe moved up at the end of 2016, but have remained at only mildly interesting levels, leading to varied production responses. Farmers in Ireland, Poland, and Italy have all continued to expand production, with the UK also adding a late production spurt in Q2 2017. However, overall production in Europe has grown more slowly than many expected. Germany and France, the two largest producing states, fell well behind last year’s production levels throughout 1H 2017. With a cold and dry spring limiting production in March and April, and environmental constraints hitting the Netherlands, Europe’s farmers struggled to return to growth.

“The weak production growth in the EU, at a time of year when butterfat levels are naturally depressed, and the strong demand growth in the US have contributed to a global shortage of butterfat, forcing prices of butter and cream to exceptional levels. In the short term, to alleviate the pressure, processors will certainly be tempted to move farmgate prices up to encourage more butterfat supply”, according to Bellamy.

On the other hand, weaker milk supply in Europe has led to less need for surplus protein to enter public stocks, with, so far, much lower levels of support buying. Elsewhere, the surplus of proteins caused political tensions between the US and Canada in a spat over Canada’s moves to prevent US exports.

South American production recovery continues to be slow, but steady. In Brazil, despite the renewed political turmoil, input costs have started to decline, and production and consumption started to recover. Argentina is also likely to return to production growth in 2H 2017 as the region recovers from what has been a disastrous couple of years.

Looking forward to the remainder of 2017, New Zealand is ‘steaming up’, with more optimism for the new season than has been seen for the last three years and opening prices at, or around, NZD 6.50/kgMS. Good weather leading into the season will stimulate strong growth. Australia is also starting the season with more optimism than last year and will start to recover some, but not all, of the production lost.

In China, farmgate prices have been weakening, restricting volume growth from large corporate farms and forcing smaller farmers out of production, meaning that even mediocre consumption growth has managed to outstrip supply increases. With stocks running low, Rabobank’s expectations are that import levels will need to grow dramatically faster in 2H 2017 and that the full-year import growth will near the forecast of 20% for the year, conveniently soaking up the extra supplies stemming from New Zealand. In addition, the introduction of tighter infant formula regulations appears to be benefiting importers more than local players, with imports also significantly higher.

Overall, Rabobank’s outlook suggests that the global production recovery will continue, and the industry will move into a phase of trade expansion which will be needed to supply the steady, if modest, demand growth. The structural increase in demand for butterfat will, however, take longer to resolve, with prices needing to adjust to reflect changing consumption patterns and new long-term incentives needed to encourage the production of more fat.