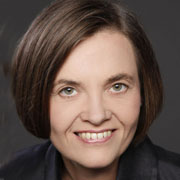 This year, milk market conditions are expected to be more balanced again than in the previous three years, which were characterized by imbalances. There were massive surpluses of skimmed milk powder, while milk fat was temporarily scarce. The stocks of skimmed milk powder have shrunk significantly.  70% of the EU intervention stocks of SMP were sold by year-end and inventories have fallen in the US as well.

For the first months of 2019, milk volumes in the EU are expected to be lower than in the same period last year. This will be due to lower feed stocks from the 2018 harvest and the enforcement of phosphate quotas in the Netherlands. In other important milk producing (third) countries, milk supply will be more subdued. Growth slowed noticeably in the US and Canada. The expansionary tendencies in New Zealand, which have been observed since June 2018, seem to weaken at the beginning of the current season. This will initially bring smaller quantities of dairy products to the market Thus, the prices for skimmed milk powder might leave their multi-year low. The extreme spread of milk protein and milk fat utilization that has been observed in recent years could also ease. Exceptionally high butter prices have led to declines in consumption in certain areas, and apparently also in importing countries. In addition, production in Europe and the US has slightly expanded. Nevertheless, butter prices have stabilized well above their long-term average. At the same time, however, there are a number of economic and political uncertainties worldwide. For the EU market, Brexit in March will be the most decisive factor. Consequences cannot be estimated realistically at the moment

Overall, demand for dairy products on the world market rose again in the first ten months of 2018, with no strong growth focus on individual countries. This suggests good export opportunities for the EU in connection with the weak euro. In recent years, however, it has become apparent that export markets are increasingly competitive and that making money there is becoming more difficult. This is shown not least by the recent business development of export giant Fonterra. Domestically, consumers spend more money on dairy products in the retail sector, but they buy in smaller quantities. According to Nielsen, German dairy sales increased by a good eight percent in the first eleven months of 2018, while sales volume s fell in almost all product categories. Thus, qualitative growth in the future in the search for ” cash-cows ”  will become even more important than before.