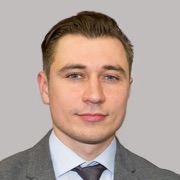 Just like last year, the key factor in production and processing of milk in Ukraine will be not price, but the weather.

It is too early to give a precise forecast of milk production for the year. For now, assumptions are based on the trends that have been observed in Ukraine for more than a year, namely: more or less stable production of milk by agricultural enterprises and shrinking production in rural households. So, we assume that this year overall milk production will decrease by 2% compared to last year.

This year neither mass construction of new farms, nor imports of cows into the country are not expected. The level of profitability of milk production is expected to be close to the level of last year, although, there is hope for creation of better conditions for farmers. Last year milk yields showed only a slight increase and there is no ground for expecting a breakthrough in 2019 either. We forecast that in 2019 milk production in agricultural enterprises will slightly increase by up to 1%.

There is no reason to expect positive changes in milk production by households. It not known precisely, how much milk is actually produced in rural households. It is also unclear what will happen with in a few years. The government’s demand to improve quality of raw milk supplied for processing calls into question the future of a significant share of milk produced by private cows owners. Stable reduction in livestock in recent times – by 3-5% annually – also does not add optimism. We predict -3% in this category for the year, but this is rather an optimistic forecast. To a large extent, the indicators will depend on the actions of the State Statistics Service. The Service is already ready to show more realistic figures, but their desire to showcreal figures is constrained by the negative “background” that accompanies providing the figures of the decline in indicators – wide use of the terms like “village death”, “cattle slaughter” and other of the kind by the media and populist political forces.

According to forecasts, this year agricultural enterprises may demonstrate an increase in marketability: 93% in 2018, the forecast is 94% for 2019. It is very difficult to assess the volumes of milk purchased from households. On the one hand, there should be expected an unambiguous decrease, but if the purchase prices show a stable growth, it is possible that the rate of decline in supplies to industrial processing in this category will slow down due to the “overflowing” of volumes from spontaneous trade and the “cash” market, as it was occurring in the second half of 2017.