51 per cent of Russians have cut their food spending. This data has been provided by the survey performed by the Public Opinion Fund. 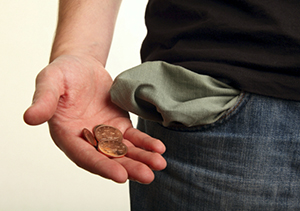 The respondents informed that they’ve cut their spending on meat (32 per cent of those, who have cut their expenditures), on cheese and sausages (30 per cent), fruit (27 per cent), fish (25 per cent), confectionary (17 per cent), and vegetables (13 per cent).

48 per cent of Russians have pointed out that they’ve cut their non-grocery expenditures. 26 per cent started spending less on clothes and shoes, 16 per cent have put down their expenses on entertainment and house appliances’ purchasing, and 13 per cent are buying less perfumes and cosmetics.

At the same time 49 per cent of the respondents confirmed that their financial situation has been worsening during the last two or three months. 43 per cent had to abandon their intentions of performing major purchases and previously planned spending.

The survey covered 100 communities of Russia. 1.5 thousand people have taken part in the study.

On February 5th the Federal State Statistics Service has published its report, which proved that in January the inflation has peaked, reaching its 16 year maximum of 3.9%. Prices had been growing faster only in February 1999 — 4.1%.

According to the latest report of the Statistics Service, between February 3rd and February 9th the inflation proved to be 0.6% and from the beginning of the year it estimated 4.8%.

Morgan Stanely considers that at year-end 2015 the inflation in Russia is going to reach 13.7%. Fitch international rating agency in its turn suggests that the inflation will reach 8.5%.

According to the updated predictions of the Ministry of Economic Development in 2015 the inflation will peak at 12%. The Central Bank of Russia expects the prices to increase 8%. The Ministry of Agriculture expects 15% increase in prices.